Come. Step back into the late 20th Century
(if you dare)

On the summer solstice in 1984, in a small college town in southeast Ohio, a bunch of fictional characters (who thought they were real people) was released into the unsuspecting community…

(Not everyone was pleased.)

In December, 6-months later — just days before the winter solstice — the series was featured in TV Guide and on national television. Because of the series, a third-of-a-century later, some residents still won’t speak to each other.

Well, most people were having a good time. I guess some people
just didn’t have a sense of humor. — Scott Gordon, the producer.

In 1989 — 5 years after the original production — the Ohio Arts Council funded the production of a one-hour sequel. To get a feel for the scope and tone of the series, watch these opening-titles for “Episode 214” — created from clips from the original series …

If you can stand more…
Check out video-compilation summaries of the first 15 episodes HERE.

One point of controversy was inviting 24-multiple-personality Billy Milligan into the series. 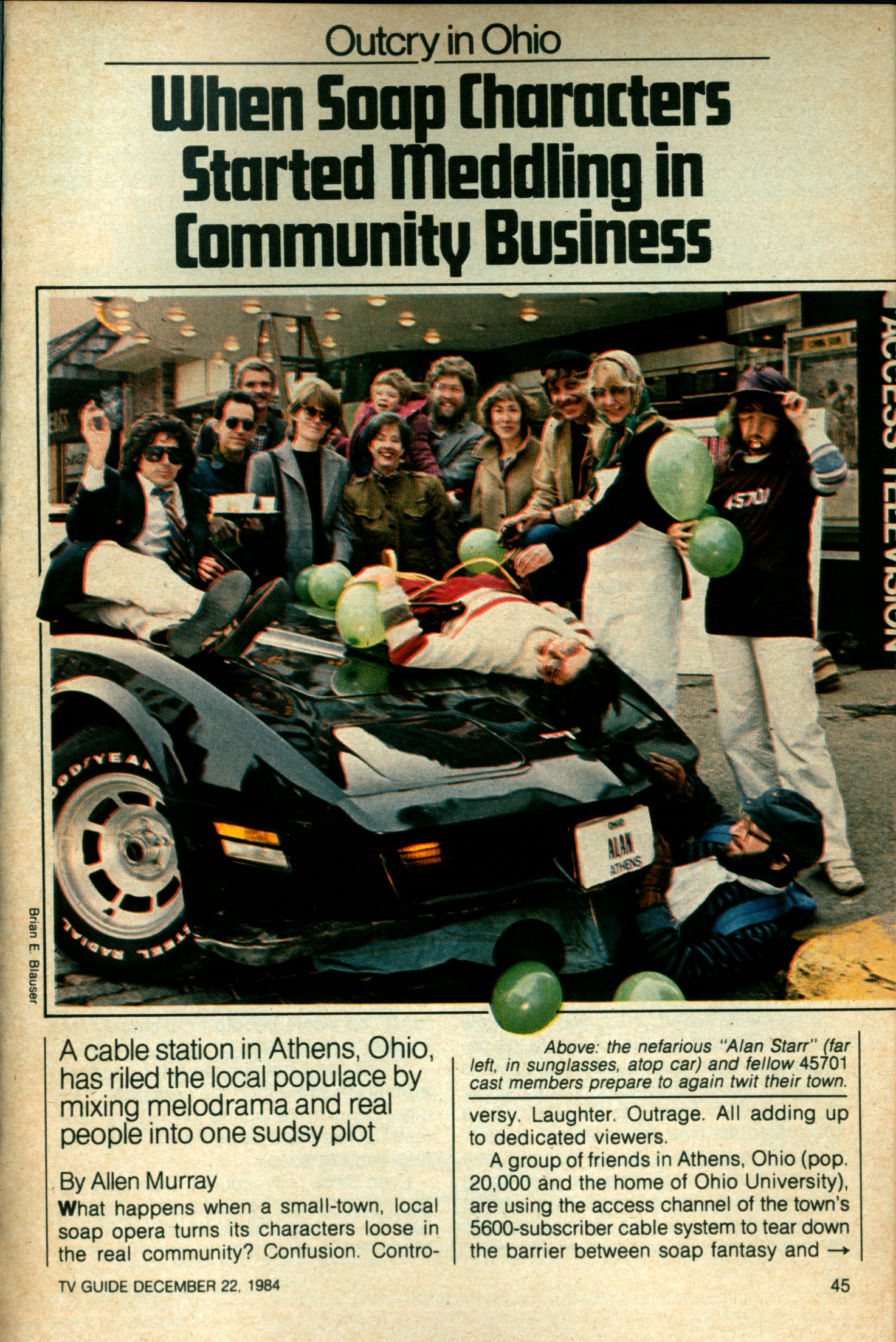